At the apex of the Sun & Moon Series, the Pokémon TCG: Sun & Moon—Cosmic Eclipse expansion boosts the connection of Pokémon and Trainers, and it launches TAG TEAM combinations to new levels! Jump into battle with Charizard & Braixen-GX, Venusaur & Snivy-GX, Blastoise & Piplup-GX, and Solgaleo & Lunala-GX, along with the triple TAG TEAM of Arceus & Dialga & Palkia-GX, plus many more! Feel the stellar power of Pokémon with the Sun & Moon—Cosmic Eclipse expansion!

Entry Fee and Prizes: $30.00 per person which includes a PreRelease Pack and 3 extra Cosmic Eclipse Packs awarded at the end of the event, just for participating!  Extra Packs For Top Three Players Depending on Player Turnout! 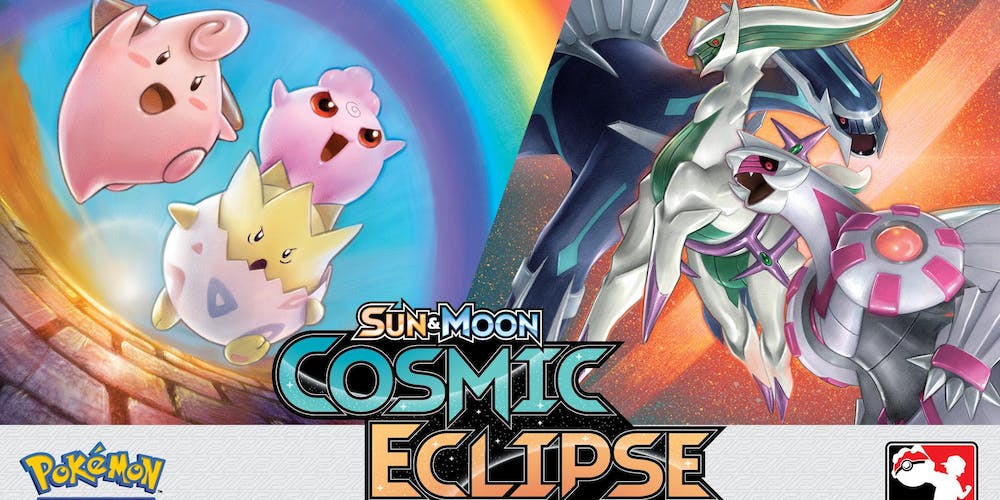