Dozens of recently discovered Pokémon from the Galar region

Cold as the north wind—or blazing with fiery determination—Galarian Darmanitan shows off deep composure and immense strength in battle! Professor’s Research keeps your hand full of options, and Pelipper keeps an eye out from the sky. Suicune, Kangaskhan, and Beartic add strong offense to keep the Galarian Darmanitan theme deck extra frosty!

Brave and strong, the chivalrous Galarian Sirfetch’d fights fair and fights hard! With Stonjourner throwing rocky kicks and Professor’s Research keeping your options open, you can follow the knight’s path to an honorable victory. Hippowdon and Passimian add extra muscle to keep the Galarian Sirfetch’d theme deck steadfast and ready to strike! 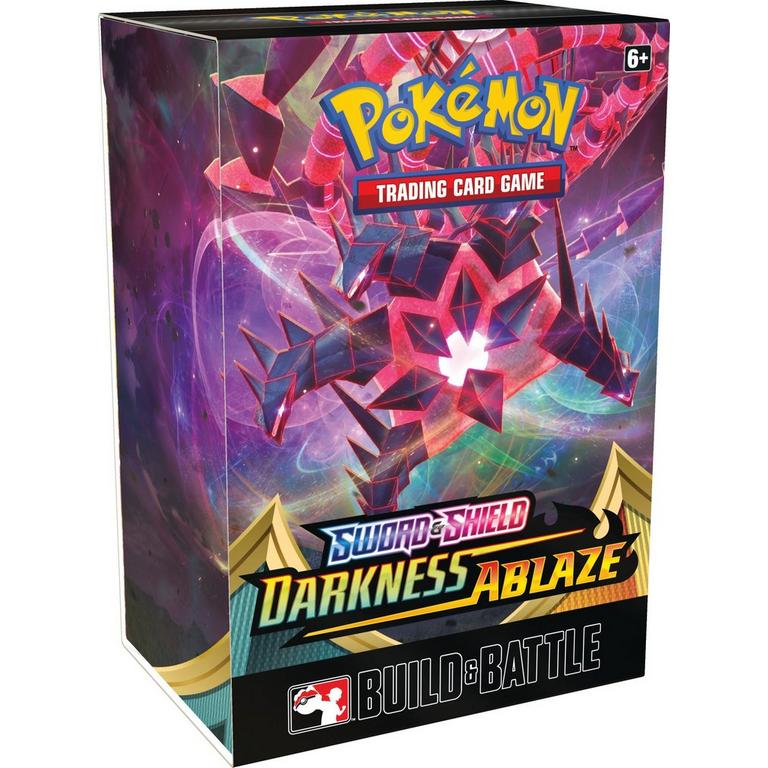 Saturated by deadly gamma rays while saving his best friend from the detonation of an experimental bomb, the genius Dr. Bruce Banner has transformed into the towering, muscle-bound Hulk. Though Hulk’s unbridled rage can make him unpredictable, he is one of the world’s strongest heroes. Whether he’s angry or not, you’ll definitely want the Incredible Hulk on your side with the Hulk Hero Pack for Marvel Champions: The Card Game!

If you’ve ever wanted to tap into your anger and leap into the fight with the Incredible Hulk, this is where you start. Like every Hero Pack, the Hulk Hero Pack comes with a 40-card pre-built deck, giving you the chance to start playing and smashing the villain right out of the box.

Dominate the Marvel universe as an iconic comic book villain! Each villain follows a unique path to victory; each uses different abilities to face other villains and mighty heroes from across the universe. Choose Thanos, Hela, Ultron, or two other villains to be announced soon and fulfill your dark destiny!

In Marvel Villainous, players move their villains to different locations within their domain, carry out the actions there, and deal twists of fate their opponents from a shared fate deck. Three different game modes allow players to scale the difficulty of their game by facing more or fewer Events, situations that extract a heavy toll on villains until they are resolved the only way villains know how. Specialty cards add to each villain’s ability, making them even more formidable as more Specialty cards are played. With beginner and advance options, this game is a sightseeing adventure for the whole family!

Catan Scenarios:Legend of the Conquerors

Defend Catan! 570 years after the arrival of the first settlers on Catan, an enemy army lands on the northern shores. Knights from every region must join together to defend the island.

together will you be able to stop the onslaught. Can you save Catan from destruction?

The three scenarios tell an interwoven story and gives experienced players new challenges as they consider new strategies for victory. It is the most intense challenge for Catan ever designed.

In Ora & Labora, each player is the head of a monastery in the Medieval era who acquires land and constructs buildings – small enterprises that will gain resources and profit. The goal is to build a working infrastructure and manufacture prestigious items, such as books, ceramics, ornaments, and relics, to gain the most victory points by the end of the game.

Arkham Horror The Card Game: Return to the Forgotten Age

The passage of time itself has become tangled and knotted, and though you thought you had left the jungles of southern Mexico and the depths of Yoth behind you, it appears that they are not as far away as they might seem. Like a snake eating its own tail, the timeline is looping back around itself again…

Within the Return to the Forgotten Age upgrade expansion for Arkham Horror: The Card Game, you’ll find new scenario cards and encounter sets that you can add into every scenario of The Forgotten Age, mixing up your investigations with new dangers and new objectives. New player cards, representing upgraded versions of cards from The Forgotten Age give you new tools and options whenever you’re upgrading your decks. And with a full assortment of card dividers, you’ll be able to easily sort and store your entire campaign.

Gloomhaven: Jaws of the Lion

Gloomhaven Jaws of the Lion is a fully stand alone and cooperative campaign game of tactical combat set in the same unique fantasy world as its predecessor. Players will assume the roles of 4 new hardened mercenaries and work together to fight through a new prequel campaign full of choices, challenges, and twists. New built in tutorials, Learn-to-Play Guide, and play-surface scenario books allow players to jump into the action more quickly and easily than ever before. Playable as a stand-alone game or as an expansion to Gloomhaven.

Welcome to the Duchy of Ubersreik, where the crisp march of Stat Soldier’s boots ring from the cobbled streets, while behind closed doors old loyalties are tested. Opportunities abound, behind each door!

These scenarios were originally individual digital only releases, bit in response to customer demand Cubicle 7 combined the full line into a capstone, printed release. As an added bonus, selected tips, tricks, and outright threats are included to help link the adventures together. Options for more experienced Characters are also included making these Grim and Perilous adventures all the more deadly.

Ubersreik Adventures Anthology includes:
– If Looks Could Kill: legends claim the Beast of Orschlamm stalks the marshes near Ubersreik, but few believe the tales!
– The Mad Men of Gotheim: the village of Gotheim lies in ruins, and the villagers struck with lunacy.
– Heart of Glass: a power noblewoman sets the PCs on the trail of a mysterious murder, an insidious cult and a relentless Witch Hunter.
– Slaughter in Spittlefeld: a vile sickness spreads through the rookeries of Ubersreik,
– Bait and Witch: Cordelia Wessenlingh needs a distraction. Luckily a few volunteers just wandered into her apothecary.
– The Guily Party: someone is sabotaging coaches, and a local investigator thinks he knows who.